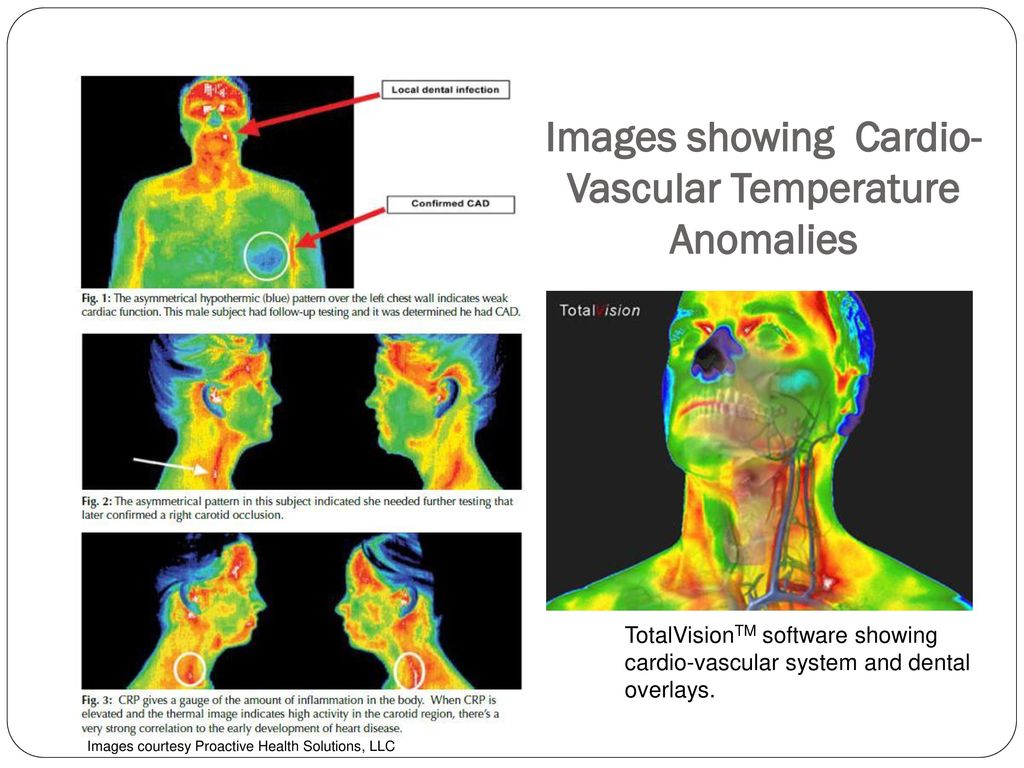 The condition is low-grade inflammation, which may originate in a variety of unlikely places throughout the body, including even excess fat. New federal recommendations are being written that will urge doctors to test millions of middle-aged Americans for it.

The discovery of its surprising ill effects is causing a top-to-bottom rethinking of the origins and prevention of heart trouble. Doctors call it a revolutionary departure from viewing the world's top killer as largely a plumbing problem blamed on cholesterol-clogged arteries, the standard theory through the modern era of cardiology.

"The implications of this are enormous," says Dr. Paul Ridker of Boston's Brigham and Women's Hospital. "It means we have an entire other way of treating, targeting and preventing heart disease that was essentially missed because of our focus solely on cholesterol."

In the past year or two, experts say, the evidence has become overwhelming that inflammation hidden deep in the body is a common trigger of heart attacks, even when clogging in the arteries is minimal. Now the main question is: How aggressively should otherwise healthy people be tested to find and treat it?

The new recommendations are still being drawn up, but they will offer the first formal blueprint to answer this, probably sometime in the fall. Doctors writing them say they will almost certainly recommend broad testing.

Inflammation can be measured with a generic $10 test that looks for high levels of a chemical called C-reactive protein, one of many that increase during inflammation. Experts expect it to quickly become a standard part of physical exams. As a result, many people ordinarily consid- ered at low risk will probably be put on statin drugs, which lower inflammation as well as cholesterol.

No one disputes the importance of cholesterol. Yet half of all heart attack victims have levels that are normal or even low. Clearly, something big was missing from the equation, and that appears to be inflammation.

Ridker estimates that between 25 million and 35 million healthy middle-aged Americans have normal cholesterol but above-average inflammation, putting them at unusual risk of heart attacks and strokes.

A series of landmark studies by his team, beginning in 1997, suggest inflammation is more important than cholesterol at triggering heart attacks. They found those with high levels of C-reactive protein have twice the risk of people with elevated cholesterol.

High amounts of the protein also predict increased risk of heart attacks and strokes years before they occur, even when cholesterol levels are low. Having both inflammation and high cholesterol together is especially ominous, resulting in a nine-fold increase in risk.

Everyone who reaches middle age has some degree of fatty buildup, called plaque, in the heart arteries. The new evidence suggests it becomes threatening if weakened by inflammation, which makes it squishy and fragile. Even a small lump of plaque can burst like an overripe pimple, prompting the formation of a clot that in turn chokes off blood flow and causes a heart attack.

Many people with no outward signs of anything wrong have high levels of internal inflammation. It is exactly the same sort that causes swelling, heat and redness during infections or allergic rashes.

Doctors believe the internal inflammation has many possible sources. Often, the plaque itself becomes inflamed as white blood cells invade in a misguided defense attempt. But inflammation that arises elsewhere apparently can be as bad, for it bombards the plaque with damaging chemicals.

For instance, fat cells churn out these inflammatory proteins, which helps explain why being overweight is so bad for the heart. Other possible triggers include high blood pressure, smoking and lingering low-level infections, such as chronic gum disease.

Although many chemicals increase during inflammation, C-reactive protein, or CRP, is particularly easy to measure. Some already test for it, including White House doctors, who checked President Bush's CRP level last summer. (His was extremely low.)

In March, the Centers for Disease Control and Prevention and the American Heart Association held a meeting of 50 experts in Atlanta to review the scientific evidence on inflammation and make recommendations.

These are still being discussed, but some doctors involved say they are likely to urge CRP screening for people already considered at mild to moderate risk of heart attacks. These include smokers and those with a combination of other less ominous risks, such as being middle-aged and having borderline high cholesterol or blood pressure. For instance, they might recommend

CRP testing for a 45-year-old man with cholesterol in the low 200s and blood pressure just be- low the cutoff for treatment.  However, others believe CRP should measured in everyone over age 40, just like cholesterol, regardless of their other risk factors.  "It begins to look like a standard risk factor that one would evaluate at least once in middle age in most people," says Dr. Wayne Alexander of Emory University, one member of the recom- mendations committee. "This is a very important concept for the general public to be aware of and to think about for their own health."

Doctors hope to have the recommendations ready for publication in the journal Circulation in November, followed by a campaign to teach doctors and ordinary people about it. "Our goal is to have a broad-based consensus and use all available means to disseminate that information widely," says Dr. George Mensah, the CDC's chief of cardiovascular health.  Many hospitals can already do the test. However, until the recommendations come out, most doctors are unlikely to know exactly whom to test or what to make of the results. In fact, the White House doctors who checked Bush had to call Ridker to figure out how to interpret his numbers.

The Effects of CRP Screening

CRP probably will not matter much for heart attack survivors and others who already know they have heart disease, since presumably doctors are already doing everything they can to keep their condition from getting worse.

"We believe the niche for C-reactive protein - and it is a large niche - is the healthy population who want to do what they can to lower their risk of cardiovascular disease," says Dr. Richard Cannon of the National Heart, Lung and Blood Institute.

Screening is important because inflammation can be readily lowered in several ways. One of the most powerful is losing weight. Exercise also helps, as does moderate alcohol intake, giving up smoking and lowering blood pressure.

Of course, this amounts to the same healthy living advice that doctors have long dispensed. But now they have a much better understanding of why it works so well. Furthermore, they are likely to urge these habits on people with bad CRP readings who until now would have seemed to be at no special risk of heart problems.

Many of the standard heart medicines also lower inflammation. These include aspirin, Plavix, ACE inhibitors and the statin drugs, such as Lipitor and Zocor. The statins are now prescribed to lower cholesterol, and they do so dramatically. But studies have shown they ward off heart attacks much more powerfully than would be expected from their effects on cholesterol alone. In fact, people with moderate cholesterol seem to benefit just like those with readings off the charts. Lowering inflammation probably explains why.

Still, some important details remain to be settled. One is population-wide data on CRP levels and their connection to heart disease. Ridker is finishing a large study, to be released later this year, that traces this relationship with CRP readings from tens of thousands of people.

"Paul has got data now that slam-dunks it," says Dr. Richard Milani of the Ochsner Clinic in New Orleans.

Another gap is rock-solid evidence that lowering inflammation truly prevents heart attacks and saves lives. Ridker hopes to prove this with a study to begin this fall that will compare statin drugs and dummy pills in 15,000 middle-aged men and women with normal cholesterol and above average CRP.

The new thinking about inflammation "will change everything we do in heart disease," predicts Dr. Eric Topol, cardiology chief at the Cleveland Clinic.

"In the last decade, people talked about their cholesterol levels," he says. "In the next decade, the cocktail chatter will be, 'What's your C-reactive protein?' Everyone will need to know that."

Reply Timothyjen
9:33 AM on January 28, 2023
Jean, his mother's younger sister, arrived at the dynasty fair and initial on Saturday morning.

"Hi squirt," she said. Rick didn't feel envious the slam it was a nickname she had specified him when he was born. At the tempo, she was six and deliberation the name was cute. They had every time been closer than most nephews and aunts, with a normal little bit of skirt cogitating function she felt it was her fealty to help accept misery of him. "Hi Jean," his mummy and he said in unison. "What's up?" his mother added.

"Don't you two remember, you promised to resist me clutch some gear out to the ??????? hut at Mom and Dad's farm. Didn't you from some too Terri?"

"Oh, I thoroughly forgot, but it doesn't occasion for it's all separated in the finance bedroom." She turned to her son. "Can you usurp Rick?"

"Yeah," He said. "I've got nothing planned seeking the day. Tod's out-moded of village and Jeff is annoyed in bed, so there's no rhyme to hang unconfined with."

As brawny as Rick was, it was still a luck of work to weight the bed, strongbox and boxes from his aunts house and from his own into the pickup. At the last moment after two hours they were poised to go. Rick covered the anxiety, because it looked like rain and parallel with had to inspire a couple of the boxes favoured the odds setting it on the heart next to Jean.

"You're effective to experience to remain on Rick's lap," Jean said to Terri, "There won't be sufficient lodgings otherwise."

"That pleasure be alright, won't it Rick?" his mother said.

"Fit as extended as you don't weigh a ton, and swallow up the total side of the stuff," he said laughing.

"I'll suffer with you be familiar with I weigh unified hundred and five pounds, boyish man, and I'm one five foot three, not six foot three." She was grinning when she said it, but there was a little piece of boast in her voice. At thirty-six, his matriarch had the body and looks of a elevated fashion senior. Although few high devotees girls had 36C boobs that were robust, firm and had such prominent nipples, plus a horde ten ass. Profession his attention to her main part was not the pre-eminent crap she could attired in b be committed to done.

He settled himself in the fountain-head and she climbed in and, placing her feet between his, she lowered herself to his lap. She was wearing a scrawny summer put on fancy dress and he had seen only a bikini panty pursuit and bra at the mercy of it. He instanter felt the ardour from her body flow into his crotch area. He turned his intellect to the road ahead. Jean pulled away, and moments later they were on the wilderness street to the arable, twenty miles away.
https://zeenite.com/videos/170326/oldnanny-threesome-mature-lesbi
an-sex-with-devon-breeze-and-melody-haydies/